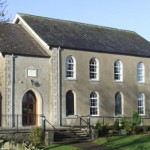 The Kirk Session consists of the ordained minister (or teaching elder) and the ruling elders of a congregation and is the governing body of a congregation in its Christian calling. The Code of the Presbyterian Church in Ireland sets out the role of the ruling elder as follows: “The duty of ruling elders as members of Kirk Session is to work together with the minister in the oversight and government of the congregation, for the upbuilding of God’s people in spiritual fruitfulness and holy concord, and for the extension of Christ’s kingdom among all people. Ruling elders, by their calling, share equally with ministers in responsibility for practical witness both within the congregation and in the wider world.” (The Code, Para. 30(1) & 30(2))

Each elder is assigned a district for which they have pastoral and spiritual oversight. Please speak to the Clerk of Session if you wish to know who your district elder is.

The following comprise the Kirk Session of Cairncastle Presbyterian:

Note: An Elder Emeritus is a person who has reached the age of 65, or is in special circumstances, and who retires from, rather than resigns from, the duties of the Eldership.

“And now, a word to you who are elders in the churches… Care for the flock that God has entrusted to you. Watch over it willingly, not grudgingly – not for what you will get out of it, but because you are eager to serve God. Don’t lord it over the people assigned to your care, but lead them by your own good example. And when the Great Shepherd appears, you will receive a crown of never-ending glory and honour.” (1 Peter 5: 1a, 2-4 NLT)

You can find out more about which cookies we are using or switch them off in settings.

This website uses cookies so that we can provide you with the best user experience possible. Cookie information is stored in your browser and performs functions such as recognising you when you return to our website and helping our team to understand which sections of the website you find most interesting and useful.

Strictly Necessary Cookie should be enabled at all times so that we can save your preferences for cookie settings.

If you disable this cookie, we will not be able to save your preferences. This means that every time you visit this website you will need to enable or disable cookies again.